Again, I begin by stating that my only qualifications as a reviewer extend no further than my love of television and film. I'm not an academic, when it comes to this particular topic. I just talk about what I like and what I don't like.

**BEGIN SPOILER-FREE ZONE**
You're safe from spoilers as long as you're in" the zone." 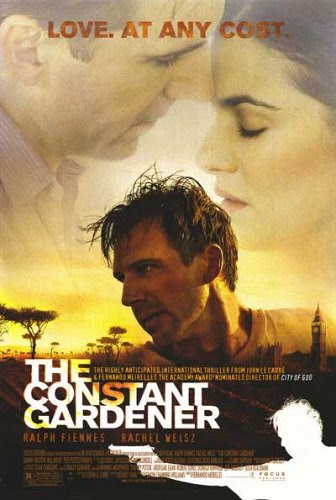 This is a tough movie to review without spoiling, but I'll give it a shot.

The Story.
Two people, in love, looking for the right balance between devotion to their relationship, their world, and their individuality.

Like the last movie I recommended, I thought this was a story that needed to be told. It seemed to run JUST parallel to real-world events and does so quite deftly. I hope lots and lots and lots of people see it. I think it's Oscar-worthy (which is a somewhat misunderstood term) as a story and because of the way it was told. I do not thinking the acting, while certainly adequate, was particularly outstanding.

The Acting.
There's not much to crow about here. Again, I felt that all the actors performed as well as they needed to, considering the depth (or lack thereof) of their characters. No complaints, but no praise, either.

The StoryTELLING.
Excellent.
Tell me a story and tell it well. That's all I ask. (Lie.) The A-Team's "Hannibal" was on-the-money when he said, "I love it when a plan comes together." These movie-makers damn-sure had a plan and they executed it beautifully. At times it's hard to know if certain clues are intentional or the result of poor storytelling or what. Screw that. It was all intentional. Any confusion you may feel is probably what you ought to be experiencing, at that time.
It'll all come together, as well as it needs to, anyway, at the end.


What do YOU think?
Questions? Comments?

* Damn, they got my ass with that Black baby! What the hell?! LOL
* It's interesting that the lead male's LACK of balls KINDA helped him out. If he'd acted on any of his suspicions, he might've run her off... or just embarrassed himself.
* How damned cool was it that this man loved his lady enough that he was willing to DIE to finish her work for her (and kinda for himself)? In my opinion - very.
.
.
.
.
.
.
.
.