We're trying to find some breakfast to dig on, so I'll have to do my late write-up about MegaCON (a comic book convention that takes place in Orlando, FL) even later. Here are some pix, though (I may add captions, later): 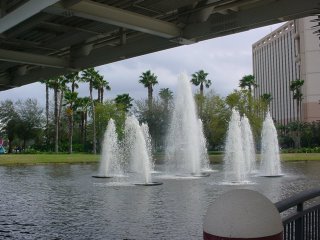 Waterworks just outside of the Orange County Convention Center in Orlando, FL. 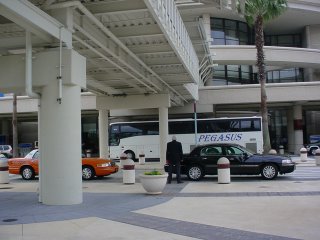 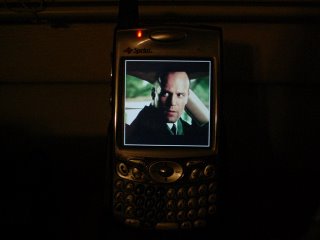 I didn't mean to insert this one, but oh well. Any excuse to point out how cool (and clear) it is to watch movies on the Treo works for me. 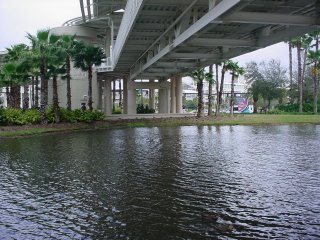 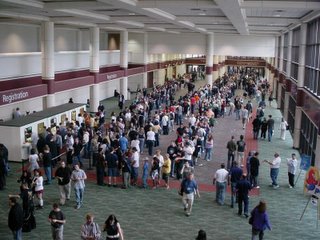 That's the *short* version of the MegaCON line. Insanity... but great costumes. Btw, I skipped the worst of that line - pure luck. Advanced tickets, people. Remember this. 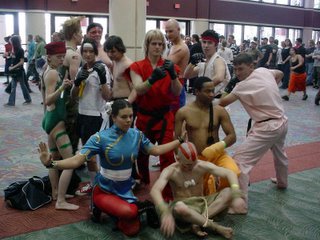 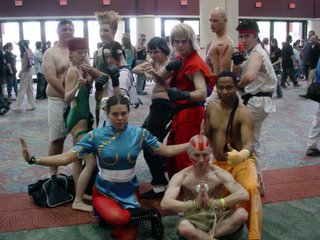 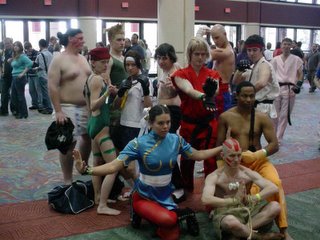 I thought these guys looked great. Plus, they were all together. 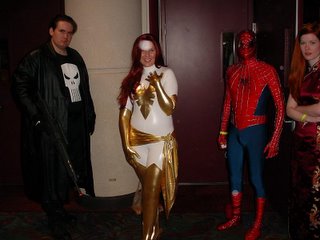 I didn't notice Punisher and didn't care about Spidey (although they look great). That Phoenix costume is just awesome, imo. The artifact just came out of nowhere, but it almost looks magical, so I kept it. Btw, this same young lady makes the costume rounds at various conventions. I've seen her as Supergirl and others, in the past. 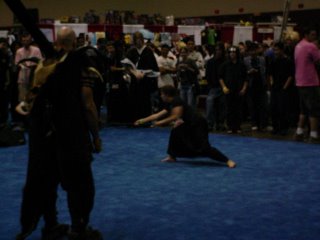 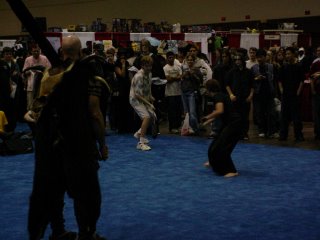 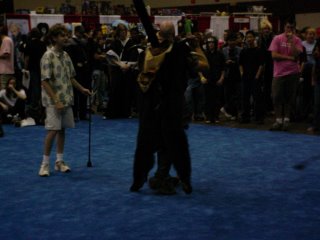 Kinda like video game sparring. The "referee's" costume was kinda cool. One hit and you're out (no head-shots). 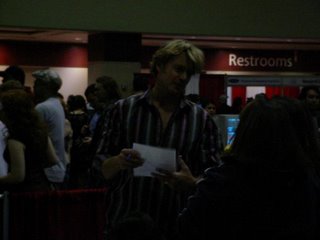 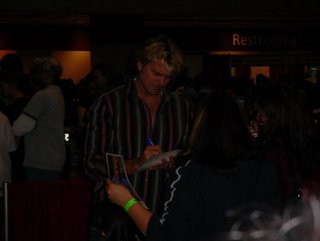 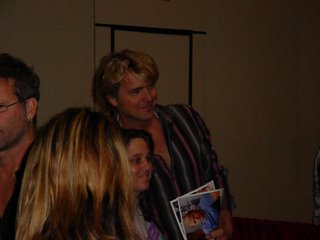 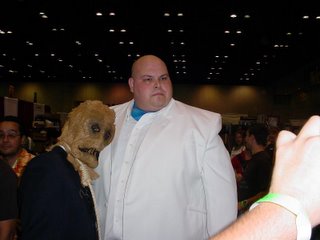 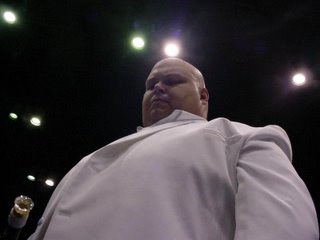 You just had to see this guy. Move over Michael Clark Duncan. THIS is the Kingpin. 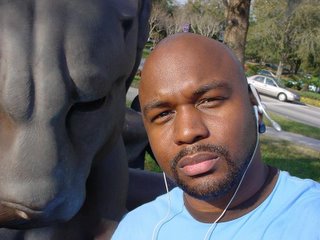 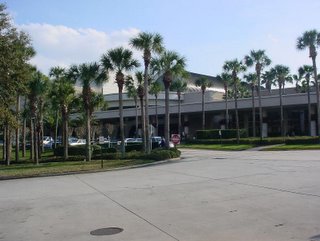 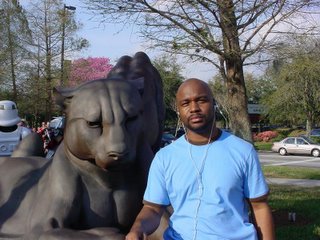 More exterior shots of the convention center. I look like hell, but oh well. I had fun. 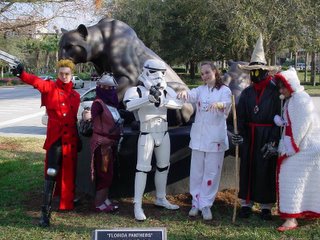 Great costumes, I thought... even if they didn't seem too friendly. 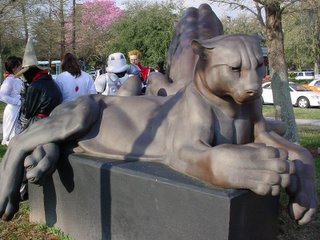 As you can see, I kinda dug the statues. 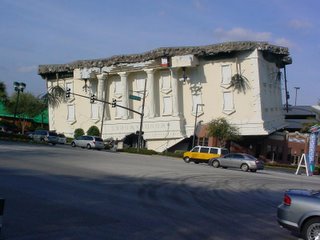 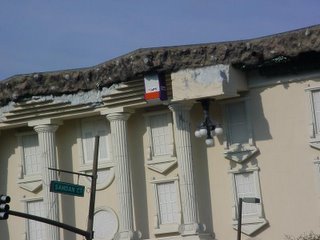 This upside-down building trips me out. They even put bushes and a Fed-Ex receptacle up there. It's some kinda interactive science place. High admission. I passed on it, but love t 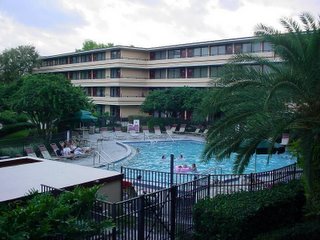 The Quality Inn Plaza Hotel. It was close enough to walk to.

I'm linking you to my sister, because she would kill for the Phoenix costume.