I was one of the comic book fans who griped, seemingly without end, when Mark Millar's Ultimates showed a cannibalistic Hulk munching on the evil, as well as the innocent.

One of my reasons for objecting was because this behavior was unprecedented, as far as I knew. 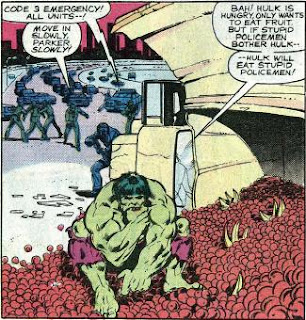 Just checking on you. Hope your new year is good.